It’s after hours at the Science Museum and the European Space Agency’s fashion show is about to begin. The ESA teamed up with the museum to stage last week’s space-inspired catwalk show as part of the Kensington institution’s ‘Lates’ series. Its ambitious Couture in Orbit project, which was two years in the making, featured talented young designers from top European fashion schools in Paris, London, Milan, Copenhagen and Berlin.

“I was at a meeting at the Science Museum to discuss Tim Peake’s mission and thought it was a good opportunity to do something different,” Rosita Suensen, ESA’s human spaceflight and operations communication officer told Wareable.”Each ESA astronaut works on an educational project outside of their mission objectives – for Tim Peake it’s STEM, for Italy’s Samantha Cristoforetti, it’s health and nutrition”.

Each fashion school was asked to take inspiration from the research and experience of an astronaut associated with their country and to produce space-inspired designed using integrated wearable tech from a range of sponsors. 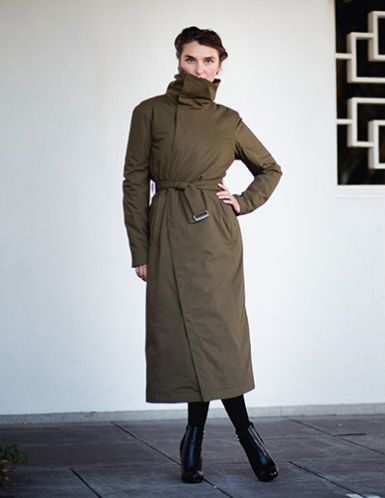 From Coffee Grounds to Couture, Food Waste Transforms Into Fashion

From Coffee Grounds to Couture, Food Waste Transforms Into Fashion