10 of the Best Day Hikes in America

For hikers, America offers a scenic smorgasbord. It has 419 national park system sites scattered throughout the country and it’s home to some of the planet’s most celebrated long-distance footpaths, including the Appalachian Trail in the East, and the Pacific Crest Trail in the West. The U.S. is also brimming with epic day-hikes, from the high peaks of the Sierras to the blue-hued summits of the Smokies. For all those hikers who can’t spend months tackling an epic long-distance trail, here are a few of the country’s most spectacular day-hikes.

The highlight of the hike is the meadow-blanketed summit of 4,033-foot Cole Mountain (also called Cold Mountain), that offers a 360-degree vista filled with blue-hued mountains, including 4,071-foot Mount Pleasant, 4,082-foot Pompey Mountain, and the peaks of Virginia’s Religious Range. The hike is also rich in wildlife, especially during the spring and summer. Eastern tiger swallowtail and monarch butterflies hover over blooming bunches of mountain laurel, pileated woodpeckers tap in the treetops, and broad-winged hawks glide above the sea of high country summits.

Spread over the Pajarito Plateau of north-central New Mexico, the Kasha-Katuwe Tent Rocks National Monument preserves a geological wonderland. Ancient volcanic eruptions, some six to seven million years ago, forged massive tent-shaped formations of ash, pumice, and tuff. Beyond the geological marvels, the 4,645-acre protected area also delivers eye-popping views of the Rio Grande Valley and the Sangre de Cristo, Jemez for hikers willing to scale the towering mesa. Link the Cave Loop and the Canyon Trail and day-hikers have plenty to explore along a 4.2-mile trek showcasing all of the national monument’s photogenic natural wonders.

Scaling Colorado’s fifth highest summit is no picnic, but the trip to the top of 14,336-foot La Plata Peak is worth the effort. The approximately 10-mile out-and-back hike includes nearly 4,500 feet of elevation gain, making for a demanding day hike. Trekkers begin in a stream-laced pine forest, and quickly ascend to a wildflower-flecked alpine meadow–and then the real climbing begins.

Despite the thigh-burning ascent, climbers are continuously treated to peak-clogged vistas, while sharing the trail with resident marmots and pikas. Once at the summit, trekkers get a bird’s eye view of the Collegiate Peaks Wilderness, and an eyeful of 14,423-foot Mount Harvard and 14,440-foot Mount Elbert, Colorado’s highest peak.

The hike to the panoramic crag dubbed Charlies Bunion delivers some of the most spectacular views in the Great Smoky Mountains National Park–and provides a taste of the legendary Appalachian Trail. The overlook was named by writer and Smokies advocate Horace Kephart after his hiking buddy Charlie Connor arrived at the crag with a blistering protrusion on his foot.

These days, reaching the airy outcrop still involves an 8-mile out-and-back hike, with about 1,600 feet of elevation gain—but the views are well worth the trip. Along the way, there are plenty of chances to admire 6,594-foot Mount Le Conte and the high country of North Carolina. Charlies Bunion treats hikers to views of 6,127-foot Mount Kephart and 6,621-foot Mount Guyot, the second highest peak in the Smokies.

The largest wilderness area east of the Mississippi River, upstate New York’s six-million-acre Adirondack Park is a peak-baggers paradise. When the park was first surveyed, 46 different summits were identified as being above 4,000 feet, and by 1925, they had all been climbed by brothers George and Robert Marshall and friend Herbert Clark. While Hurricane Mountain isn’t counted among the high peaks, the panoramic bald provides a savory sampling of the park’s breathtaking backdrops.

The 3,678-foot summit is also crowned with a 35-foot fire tower, one of the 58 observation towers constructed in the region in the early 1900s after a pair of fires swept through the Adirondacks, incinerating nearly a million acres of wildlands. The tower was staffed until 1979, but these days the structure provides summit-baggers with a 360-degree view of the Hurricane Mountain Wilderness, 4,865-foot Whiteface Mountain, 4,098-foot Cascade, and the Green Mountains of Vermont. The peak can be summited via the 3.4-mile Hurricane Mountain Trail–a trek with about 2,000 feet of elevation gain.

In Texas’ Guadalupe Mountains National Park, the state’s four highest peaks rise dramatically from the desert floor, and the geological juxtaposition makes the protected area a hotbed of biological diversity. More than 285 kinds of birds frequent the Guadalupe Mountains National Park, along with 55 reptile species, and 60 different species of mammals.

The loftiest summit in the 86,387-acre national park is Guadalupe Peak, the highest point in the Lone Star State–and a brag-worthy target for day-hikers. The trip to the 8,749-foot pinnacle is 8.5-miles round-trip, and has more than 3,000 feet of elevation gain. At the summit, hardy hikers reap a panoramic reward that includes expansive views of 8,085-foot El Capitan and the sprawling Chihuahuan Desert.

Rising above the northern portion of the 1.2-million acre Black Hills National Forest, the 5,760-foot summit to Crow Peak treats hikers to a stunning spectacle, including views of Bear Butte, Spearfish Mountain, Terry Peak, and the Bearlodge Mountains. On the 3.2-mile trip to the summit, hikers gain about 1,600 feet of elevation, and meander through forests of Ponderosa pine peppered with ironwood, bur oak, paper birch and aspen.

Along the way, summit baggers also have the chance to spy resident mule deer, goshawks, and mountain bluebirds. During early summer, the route is also awash with seasonal wildflowers, including wood lily, Seneca snakeroot, and maiden blue-eyed Mary.

California’s Yosemite National Park is brimming with epic hikes, but the trek to the top of Yosemite Falls is a stand out. The 7.2-mile out-and-back hike includes an ascent of more than 2,700 feet, and takes trekkers along one of the park’s most historic footpaths, constructed between 1873 and 1877. Along the knee-grating climb, encouragement is provided in the form of postcard-worthy vistas of the Yosemite Valley and some of the park’s most iconic landmasses, including Half Dome and Sentinel Rock. At the end of the ascent, Yosemite Falls provides the final flourish, as the route offers a close-up of the 2,425-foot cascade, the loftiest waterfall in North America.

The merging of the Colorado Plateau, Great Basin, and the Mojave Desert make southwest Utah’s Zion National Park an otherworldly place to hike. The park features a smorgasbord of ancient geological formations, including towering sandstone cliffs, expansive mesas, towering arches, ancient hoodoos, and wind-battered peaks. Hikers can get a taste of the park’s abundance of geological wonders along the 10.8-mile East Rim Trail, which traces the eastern edge of the Zion Canyon. For a bite-sized taste of the panoramic footpath, hikers can do the six-mile 0ut-and-back hike from the East Rim Trailhead to Jolley Gulch, a serpentine canyon that plunges precipitously from the trail.

The only national monument in the country set aside specifically because of its exceptional biological diversity, the Cascade-Siskiyou National Monument is an ecological treasure. The 112,000-acre protected area is situated at the convergence of the Cascade, Klamath, and Siskiyou mountain ranges, and showcases an exceptionally geologically diverse landscape.

Day-hikers can explore the rich biodiversity and jaw-dropping scenery on the Grizzly Peak Loop. The 5.1-mile lollipop loop rambles over the 5,922-foot summit of Grizzly Peak, named for a legendary grizzly bear dubbed Reelfoot, who roamed the region during the second half of the 19th century. While there aren’t any grizzlies in Oregon these days, hikers on the loop have the chance to spot Roosevelt elk, mule deer, and more than 200 types of birds.

The scenery is spectacular too. On a clear day, the vista from the trailhead includes Mount McLoughlin and sometimes even the Three Sisters. Along the trek, hikers can revel in views of Pilot Rock, Mount Ashland, and Mount Shasta.

Whether you are exploring slot canyons in the Southwest or scaling snow-dusted peaks in the Cascades, hiking gear with 37.5 Technology has you covered in sun, wind, rain or snow. Designed to help you maintain the ideal body temperature of 37.5 degrees Celsius, no matter the weather, performance-enhancing 37.5 Technology makes any hike more comfortable. Layer up with the Wick Quarter Zip from First Lite, stave off chilly temperatures with the Jacket Raw Athlete from Dahlie, and keep feet happy in Scarpa’s Ribelle CL HD boots and Point6’s quick-drying socks.

No matter where your travels around the country take you, there is sure to be a hike nearby that shows the local scenery and gets you breathing fresh air. So gear-up and get out there, the trails are waiting. 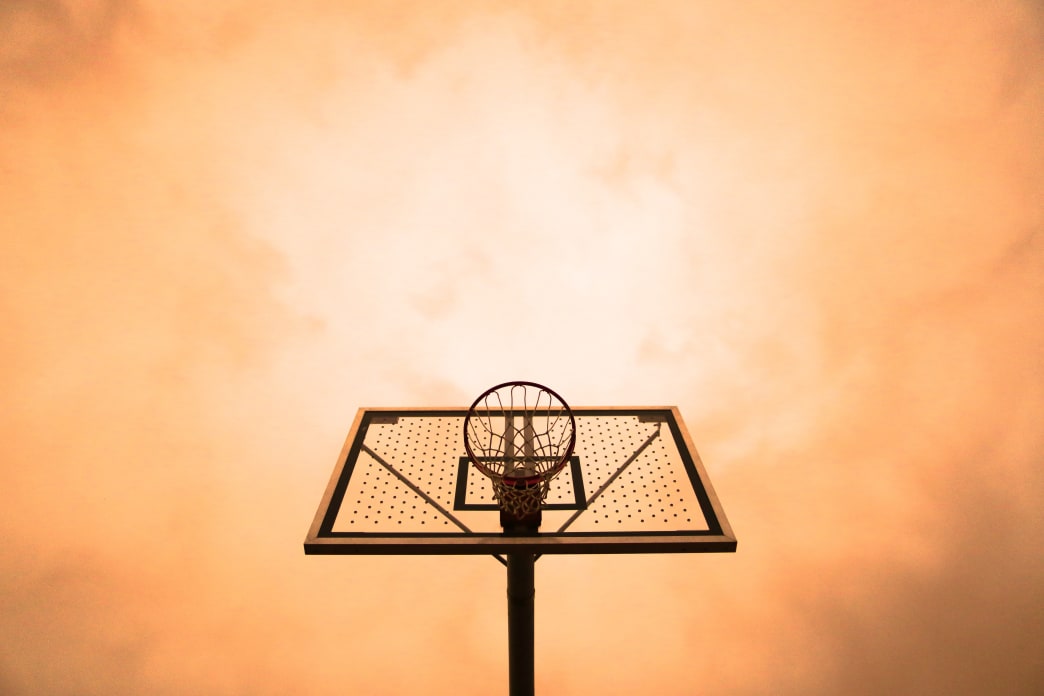 The Case For Joining a Rec Sports Team as an Adult

The Case For Joining a Rec Sports Team as an Adult