The wildness of the American West inspires adventure of all types, but there’s something extraordinary about fly fishing in the country’s most beautiful rivers and lakes. Spring can be a tricky time, however, as ice out (the time when snow and ice yield to summer conditions) for some of the more famous trout waters may not come until June. But you’ll find lots of places that are perfect for spring fishing, and often you’ll have much of the river to yourself as everyone else is finishing up the ski season. Here are five excellent spots for spring fly fishing out west and some tips and tricks to find success.

1. The South Platte near Deckers, Colorado

The South Platte River is the perfect example of a spring fishing spot. The South Platte originates in higher elevations and offers excellent summer fishing, but the river is impounded as it flows into Cheesman Lake and forms a tailwater below the dam. Paired with a fairly low elevation—Deckers is situated in the Frontcountry of Colorado—and the water from below the dam creates consistent conditions that keep fish active when other rivers are colder. Deckers is just about 50 miles southwest of Denver, and it’s an easy drive for those with a limited amount of time in the area. As with a lot of tailwaters, experts suggest using worms, eggs, and midge imitations to present food sources that are available to the trout all year long, though you might stumble on a hatch in warmer weather for some dry fly action.

Never pass up exploring side channels like this one along the #BighornRiver. Read more on the topic with @BCBeckPhoto in "River Detours." Click our bio link to subscribe or pick up your copy of the Aug-Sept 2018 issue. #FlyFishing #FlyTying

A post shared by Fly Fisherman Magazine (@flyfishermanmagazine) on Sep 8, 2018 at 6:43am PDT

Fly fishing in Montana is so good, it’s almost a cliche. However, most of the attention is paid to the Western part of the state. But serious anglers know that the Bighorn River near Billings, Montana will produce some of the state’s best fishing. Being a tailwater and at a relatively low elevation, the Bighorn is another example of more consistent conditions, though that doesn’t necessarily mean it will be easy. The water is big with a lot of conflicting currents so it will test your presentation skills to offer a drag free presentation.

Fly patterns are comparable to other tailwaters, including the ones mentioned above for the South Platte. Locals have an interesting rigging method, however, with a formula called the “Teton rig.” For those who might have a background or knowledge in conventional bass fishing, it’s somewhat similar to a dropshot rig. You’ll put one or two split shot below their double nymph rig rather than in between their nymphs. With round weight at the bottom instead of your point fly, you’ll have fewer hang-ups and suspend your nymphs perfectly in the water column.

Most flyrodders dream of hooking into a big Steelhead in the mysterious rainforest of the Olympic Peninsula. While this is a bucket-list destination, Olympic National Park affords a lot of opportunities to catch a variety of species in seemingly different biomes as you move toward the coast. On the Pacific, surf perch can be caught off the beach and gravel bars using a cute fly called a “surf candy,” and it’s a beautiful place for pictures as well. A little further inland anglers have the opportunity to fish for native rainbows from rivers like the Hoh and small tributaries around the massive park. For stillwater enthusiasts, Beardslee Lake is reminiscent of a fjord lake in Scandinavia. It has a population of genetically unique Beardslee rainbows that cruise the shoreline and reach impressive sizes.

America’s Southwest is often disregarded for the traveling fly angler, but rivers of superb quality exist in Arizona and New Mexico. In particular, the San Juan River in northern New Mexico below Navajo Lake offers trophy-quality fish year-round, and it is surrounded by a landscape that’s not always associated with trouty water. The San Juan is a classic Western tailwater scenario, so eggs, midges, and nymphs are all great patterns. The infamous San Juan worm was invented here, so it’s worth throwing on if for nothing else than the novelty.

The Bay area around San Francisco is home to one of the most prolific fly-fishing communities in America. It’s also the weirdest, objectively, which makes it a must-do for anglers looking for prime waters paired with a cultural experience. Plus the weather stays quite temperate, if a bit rainy, as winter yields to spring. Steelhead still do well in some Northern California tributaries, particularly on the Smith River. As one of the last undammed rivers on the West Coast, the fishery is still healthy and offers good chances at a wild steelhead. Spey casting is the most popular way to fish here. If you’ve never tried Spey casting or want to learn about this specialized technique for fishing, spring is a great time to hire a local guide to show you the basics, and maybe get you on the fish of a lifetime in the larger rivers.

While in the area, you could drive just over the border into Nevada, and enjoy the cultish society of fly fishers that target Lahontan cutthroat trout from a step ladder in Pyramid Lake. Locals drag out custom ladders fitted with seats and caddies to cast to cruising fish that often reach the size of young children, and the fishing season opens well before the start of spring.

No matter where you go, make sure you’re dressed for the sport. Spring weather is notoriously fickle, and a rain jacket is part of your must-have gear. Make sure you bring along something like the Vapor Stormlight Ultralight Rain Jacket from First Lite, a company known for its hunting and fishing apparel. It carries a line of clothing featuring 37.5 Technology to help regulate your body temperature, keeping you comfortable on the water even when the weather turns unexpectedly warm or cold. When it comes to waders, the Scout from Vision is a good option. Carhartt features several quality options for fishermen, including the Storm Defender Angler Jacket and the Storm Defender Angler Bib.

Written by Charlie Morgan for Matcha in partnership with 37.5. 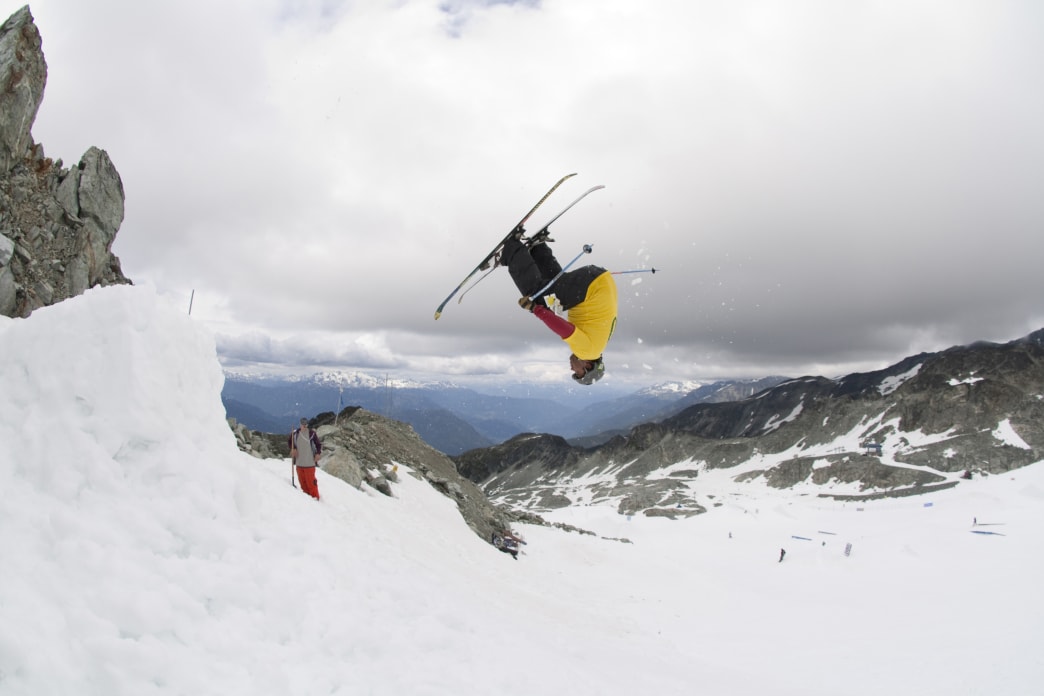