7 Tips for Hitting the Trails During Mud Season

Ah, the shoulder season—those not-quite-winter, not-quite-spring weeks when it feels like the skies will never clear, and the trails will never dry out. It’s hard enough to face the fact that ski season is coming to a close, and it doesn’t help that your favorite trails for hiking, mountain biking, and trail running are often covered with mud. It’s about more than just muddy shoes. Mud on trails can make it difficult or even impossible to proceed, not to mention causing serious damage to the local trail systems. Dreading the upcoming mud season? Not to worry. Here’s how to hit the trail until things air out.

As the snow starts to melt (or, in some climates, when the rain starts to fall in earnest), it can feel like your go-to trail will never open again. Resist the temptation to use closed trails, no matter how much you’re itching to get out. When users tromp down muddy trails, it can take tons of volunteer hours and many months (or even years) to rehabilitate an area. Bike tires can cause huge ruts in soft, wet trail surfaces, and hikers who avoid muddy spots by walking on the edges of puddles can widen trails significantly. Even if trails aren’t closed, if you find that you’re leaving prints as you hike, run, or bike, turn back and save your outing for a drier day.

2. Keep an Eye on Conditions

One of the best things about the Internet is that it’s now easier than ever to check the conditions of your favorite spots to play. Many land managers have websites or social media accounts that they use to update conditions, and in many recreation hotspots, you can join a public Facebook group where people post updates after visiting local trails. Apps like Mountain Bike Project and Singletracks also allow users to report on conditions. When all else fails, check the weather. If it’s going to be raining or snowing, odds are your favorite trails need a day or two to dry out.

Should you find yourself on a mostly-dry trail with a few patches of mud, don’t go around. You bought those sturdy hiking shoes for a reason—now it’s time to put them to the test. Going around muddy patches can cause erosion and damage vegetation, which has far-reaching consequences in the local ecosystem. Instead, splash right through the mud—a pair of muddy trail runners is much better than permanently harming the trail you love.

4. Dress for the Occasion

If you’re heading out during the shoulder season, odds are that no matter how hard you try to avoid damaging muddy trails, you’re still going to end up with some mud on your shoes. Plan ahead by wearing waterproof or water-resistant shoes or hiking boots (like these from Scarpa). You may also want to wear gaiters, which will prevent mud and standing water from sloshing into your boots. In some areas, mud season can also mean encountering occasional patches of ice or snow, so detachable traction that you can slip on and off of your shoes can go a long way. With rain a possibility, it’s always a good idea to bring a waterproof jacket along as well. The Cosmic H2O SL Jacket from Mavic or the Torrent Stretch Waterproof Vest from Pactimo are excellent options for cyclists. They use 37.5 Technology to help keep you at 37.5 degrees Celsius and 37.5% relative humidity, the optimal microclimate for athletic performance.

5. Get the Timing Right

Hit the trail early in the morning, when mud and soil are most likely to be frozen from chilly temperatures the night before. Frozen trails are less fragile than their soupy counterparts later in the day, and they have the added benefit of not requiring you to slosh through a mud pit. South-facing trails and those at lower elevations typically dry out faster than those that don’t get as much sun exposure and retain the snowpack longer, so you can likely hit those a couple of days sooner.

6. Leave Some Supplies in the Car

At the beginning of mud season, leave a handful of plastic grocery or trash bags in your car, along with a towel (and, for extra credit, a spare pair of shoes and socks to drive home in). You’ll be glad to dry off before you head home. Most importantly, knowing you can contain your muddy mess will help you think twice before walking around a stretch of mud should you encounter one on the trail.

Even if you’re doing your best to avoid trails that look like a muddy slip-n-slide, you may occasionally end up doing a balancing act to stay upright. That’s just the nature of mud: Running through it feels a bit like running through sand on the beach, and you’ll want to pay special attention to knees and ankles so you don’t twist them. In the end, approaching mud season with a sense of humor (and knowing when today’s run, walk, or bike ride will just have to be on a paved path) will go a long way.

Written by Emma Walker for Matcha in partnership with 37.5. 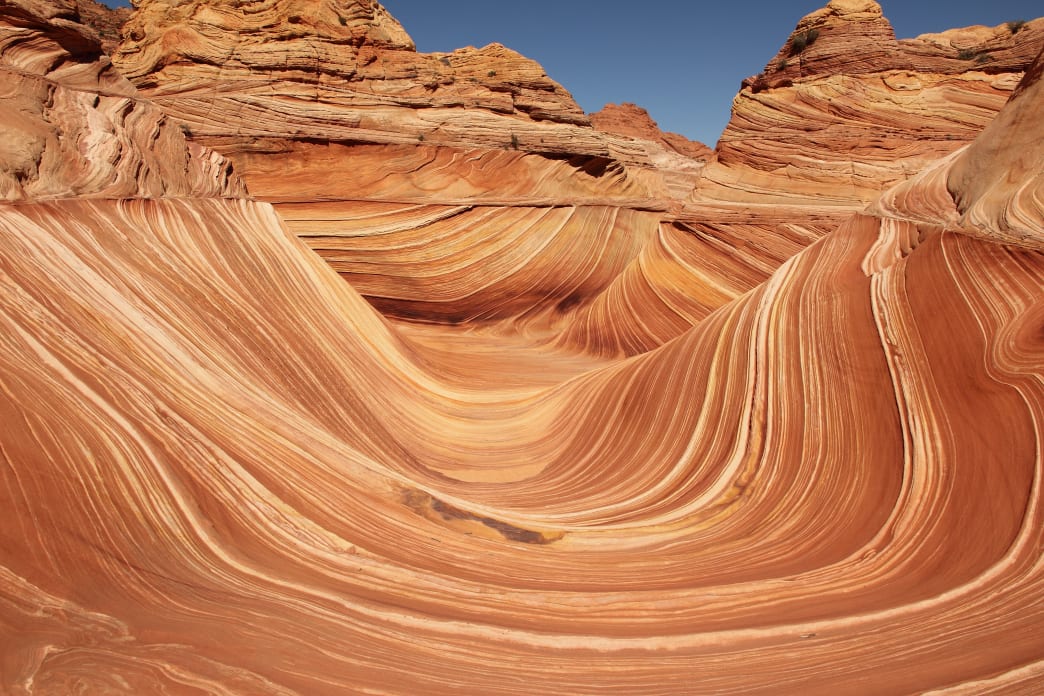 6 of the Best Spring Hikes in the United States

6 of the Best Spring Hikes in the United States