8 Most Gorgeous Golf Courses in Europe

Don’t call it a comeback: Tiger Woods may no longer be the most feared superstar on the PGA Tour, but golf is experiencing a full-blown renaissance in his twilight.

Golf returned to the Summer Games in 2016—marking the sport’s first appearance at the Olympics since 1904—and a record-breaking number of new golfers took up the sport that same year, according to the National Golf Foundation’s annual report on golf participation.

As golfers hit the links and try to lower their handicap, it’s only natural to keep an eye on Europe, where the sport began in the 15th century. With so much history—and so many breathtaking fairways—a golfer could spend years putting their way across the continent and still never see the best, most beautiful golf courses in Europe.

But that won’t stop us from trying. Here are eight of Europe’s most gorgeous golf courses for your bucket list consideration.

We couldn’t list the most beautiful courses in Europe without a nod to the self-described “Home of Golf.”

Golfers have teed up at St. Andrews Links for more than 600 years and it remains a world-class destination today. You can’t go wrong with any of St. Andrews’ seven courses, but the Old Course is widely considered one of the oldest, most famous, and most influential in the world. (Ever wonder why a typical course has 18 holes? That standard originated on the Old Course at St. Andrews.)

While there, don’t miss the chance to walk across the stone Swilcan Bridge, which spans the first and 18th holes, and good luck navigating the course’s 112 bunkers.

My pot of gold out there today here at Royal St George's! ⛳️

The Royal St. George’s Golf Club was the first club outside Scotland to host the Open Championship, and it’s done so 13 times since 1894.

Founded in the 1880s, the Royal St. George’s Golf Club is known for myriad blind and partially blind shots, one of the deepest bunkers in England (located on the fourth hole), wide-open views of Sandwich Bay, and windswept sand dunes adding to the challenge and excitement.

If you’re golfing in England, you know to expect wind, rain, and fog. Prepare for the elements with the Elite Jacket from Sun Mountain. The jacket’s waterproof materials include a 2-way YKK Vislon zipper and chest pocket—both of which protect against rainfall and water hazards—and the jacket uses 37.5 Technology, which relies on your body heat to keep you cool in the tee box and on the putting green.

Few courses in the world inject natural beauty into their courses like the Les Bordes Golf Club.

Situated in the heart of the Loire Valley, Les Bordes doesn’t share the history of some of Europe’s grandest golf courses—it opened in the mid-1980s—but legendary golf course architect Robert von Hagge made the pastoral setting an essential part of the broader experience.

Thick forests hug the fairway along the front nine before giving way to wide, peaceful water features on the back nine. Golfers love testing themselves on the undulating greens and tight fairways and, naturally, many call it one of the toughest courses they’ve played. But set against a fairy tale forest, they don’t mind the challenge.

Dinard Golf Course opened on France’s Emerald Coast in 1887 and quickly established the standard by which all other seaside golf courses would be measured.

The second-oldest course in France delivers stunning views of the sea from all 18 holes. Along the way, golfers marvel at the course’s sandy soil, wavy fairways, ever-present winds, and fast greens. You won’t encounter many trees—but the course’s many bunkers make for a challenging course.

Few golf courses in the world blend in with their natural surroundings like Utrecht de Pan (more commonly known as De Pan), deep in the heart of the Netherlands.

Pine trees and thick forests buttress most holes on the well-maintained course, crowding each fairway without ever feeling claustrophobic. The remote setting gives golfers plenty of peace and quiet, assuming a deer, fox, or rabbit doesn’t rustle in a nearby shrub.

Set atop sandy soil, the course challenges even the most skilled golfers with frequent moors, and the sixth hole ups the ante with a blind tee shot *and *a blind shot onto the green.

Valderrama Golf Club opened in 1974 and—set amid a forest of umbrella pine and cork trees—quickly became known as one of Europe’s premier courses in southern Spain. (It’s nicknamed “the Augusta National of Europe” for good reason.)

The course, which sits on a migratory bird route, was certified by Audubon International for its commitment to maintaining and showcasing the natural beauty that surrounds every hole. The environmental organization recognized Valderrama for enhancing and improving its natural surroundings, preserving wildlife habitats for its inhabitants (including badgers, owls, mice, frogs, turtles, butterflies, and several species of bird), and minimizing the harmful effects inherent in golf courses.

While you’re enjoying the southern Spanish countryside, stay comfortable with a Men’s Piqué Oxford Polo Shirt from Colmar. The short-sleeved polo shirt dries up to five times faster than similar fabrics, and the active particles embedded in the material work overtime to keep your body at just the right temperature.

Golf Club Crans-sur-Sierre is the rare course where you may spend more time taking photos than lining up the perfect putt.

Situated nearly a mile above sea level, the storied club is surrounded almost entirely by the Swiss Alps. Matterhorn, Mont Blanc, and numerous other peaks lord over the course, which itself looks over the nearby Rhone Valley. Each of the club’s four courses is awash in natural beauty, from crystal-clear ponds to thick forests, but the Swiss Alps provide perhaps the world’s best backdrop while teeing off.

18th green #18TheSanctuary #OldHeadGolfLinks #spectacularbeyondbelief #Repost 📸@kevinmarkhamgolf ・・・ One of Ireland’s many iconic #golfcourse sights… the lighthouse at Old Head looks down over the 18th hole.

The course sits atop a 220-acre, two-mile-long landmass and is surrounded on three sides by the Atlantic Ocean—complete with waves crashing some 300 feet below.

Nearly every aspect of Old Head has been designed to celebrate that natural beauty. Fragrant, colorful hydrangeas line the driveway to the clubhouse, nine holes hug rocky cliff sides (golfers afraid of heights need not apply), all 18 holes offer wide-open views of the treacherous Atlantic Ocean, and an ever-present sea breeze keeps golfers guessing on every hole.

Written by Matt Wastradowski for RootsRated in partnership with 37.5. 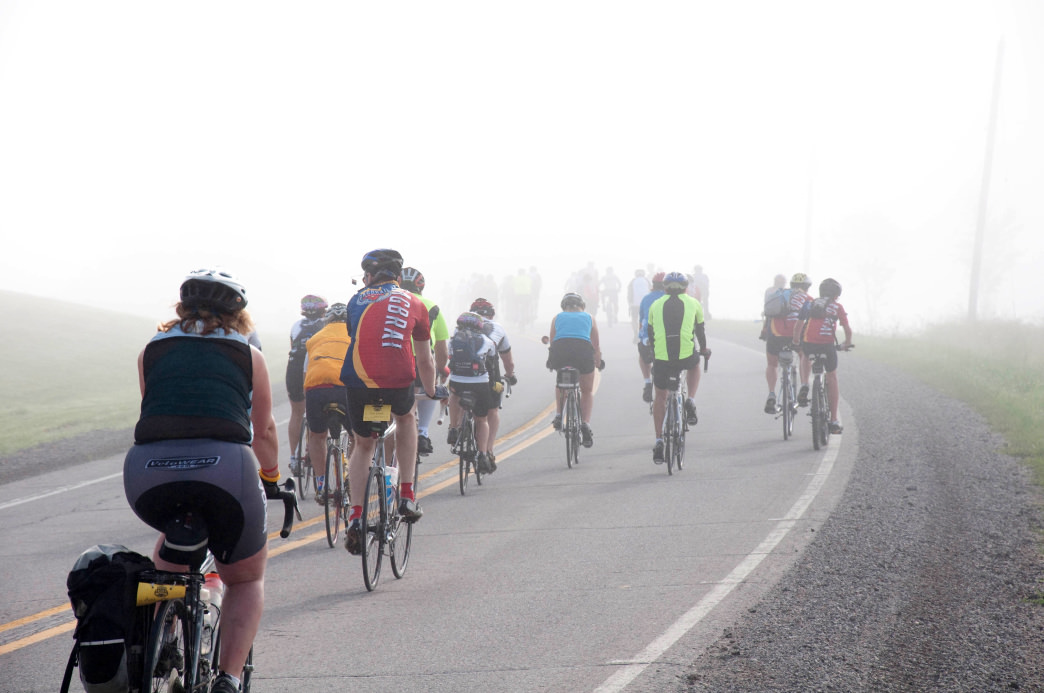