Chasing Winter: 7 Best Places to Hit the Slopes When It’s Summer in the States

For some folks, finding powder year-round is what it’s all about. Fortunately, the arrival of summer in the United States doesn’t have to mean shelving the skis for the season. When it’s warming up in the Lower 48, there’s still plenty of snow to be found in the Southern Hemisphere. From the high Andes to the Southern Alps, here are seven of the best places on the planet to hit the slopes when it’s summertime in the U.S.

Nestled in Australia’s Snowy Mountains within the bounds of Kosciuszko National Park, the Perisher Valley dishes up more than 3,000 skiable acres spread over four different resorts–Perisher Valley, Guthega, Blue Cow and Smiggin Holes. Named for the region’s punishing blizzards–dubbed ‘perishers’ by stockmen during the 19th century–the expansive ski area extends over seven different peaks, crowned by 6,738-foot Mount Perisher. There are plenty of mouth-watering options for every appetite, from beginner-friendly bowls to technical terrain parks, as well as more than 35 miles of cross-country trails in the Perisher Range.

Of course, the Snowy Mountains are suffused with history. The range was home to Aboriginal Australians for more than 20,000 years before the arrival of European settlers, and the rugged landscape also provided the muse for Banjo Paterson’s 1864 poem, The Man from Snowy River.

Due south of Santiago, the market town of Chillán helps funnel snowbirds to some of the country’s most alluring slopes, which are spread over the flanks of 10,242-foot Volcán Chillán. For skiers, the region’s history of earth-rattling volcanic eruptions means there are plenty of exhilarating natural features forged by ancient rivers of lava—all showcased at Nevados de Chillán.

The resort features nearly 3,280 feet of vertical drop, plenty of off-piste terrain and opportunities for snowcat ski tours. And as an added bonus, the natural hot springs are perfect for pampering those aching muscles.

Spread over the lower half of New Zealand’s South Island, mountainous Otago is a wonderland for winter lovers. The Southern Alps and the Remarkables provide an alpine playground for skiers and snowboarders. Perennial adventure towns like Queenstown and Wanaka offer easy access to the region’s slopes.

Tucked against the southern shore of Lake Wanaka, the city of Wanaka is a strategic basecamp for snowy adventures in the Southern Alps. From town, skiers can savor the off-piste terrain and 2,296-foot vertical drop at Treble Cone, combine a day of skiing with an evening of guided stargazing at Cardrona, or set out on 35 miles of cross-country trails at the Snow Farm, the only nonprofit resort in the region.

Just south of Wanaka, Queenstown provides a portal to the aptly-named Remarkables, where skiers can carve fresh tracks first thing in the morning with the First Tracks Pass at Coronet Peak. Visitors can also choose from seven different terrain parks at The Remarkables resort. The region has abundant heli-skiing options, including panoramic forays to the Remarkables, the Richardson Mountains and the Thomson Mountains.

There are plenty of reasons to adore Argentina’s Lake District: glacial lakes, expansive forests, charming resort towns, world-class wineries and a rich chocolate-making tradition. During the winter, the postcard-perfect region situated in the northern portion of Argentine Patagonia also dishes up some of the country’s most enticing terrain.

In southern Africa, globetrotting powderhounds can combine a stint on the slopes with a life-list safari. Spread along the border between South Africa and Lesotho, the serrated peaks of the Maluti-Drakensberg are the highest in southern Africa and are full of outdoor adventure of all sorts.

During the winter, skiers and snowboarders have their pick of two different alpine resorts, Afriski in Lesotho and Tiffindell in South Africa. Both offer plenty of groomers for youngsters and beginners.

Off the slopes, the Drakensberg escarpment teems with natural wonders. Recognized as a UNESCO World Heritage site, the cordillera is a hotspot for birders drawn by endangered species like Cape Vultures and Lesser Kestrels. The region also has a rich human history–the peaks of the Drakensberg served as the backdrop for the Anglo-Zulu War in 1879, and the mountain range is still a repository of ancient San cave paintings.

Portillo offers 35 runs stretched over 1,235 acres, including plenty of gentle groomers. For the seasoned pros, there are heli-skiing opportunities, and four lifts that offer access to the resort’s epic off-piste terrain as well as heady vistas of 22,841-foot Aconcagua, the highest peak on the planet outside Asia.

A common jumping-off point for hardy travelers bound for Antarctica, the far-flung town of Ushuaia is also a portal to the southernmost ski resort on the planet. Located in Tierra del Fuego, at the southernmost tip of South America, Cerro Castor is graced with the continent’s longest ski season, which typically lasts from early June until the end of September. The 1,600-acre resort is home to massive bowls, rocky chutes and more than 2,800 feet of vertical. It also has expansive views of the Beagle Channel, one of the straits linking the Atlantic Ocean and the Pacific Ocean.

Now that you know where to go, it’s important to start thinking about what to wear during your travels. Clothing made with 37.5 Technology, named for the ideal body temperature of 37.5 degrees Celsius, is a great choice for winter adventures. Clothing with this technology has patented, active particles permanently embedded into the fabric’s fibers that will help you stay cool in warmer conditions, but if you get too cold, those active particles will trap your body’s infrared energy to help warm you up. Perfect for balancing the chilly conditions on the lift with the more active, heat-building motions on the slopes. Try baselayers such as Homeschool’s Mind Ride Pant and Mind Ride Mock or Pag’s Hooded XL for an extra layer of warmth on cold days.

As the snow begins to melt in the States, don’t fret. There are plenty of spots for you to get your fill of powder every month of the year. It’s always time to shred! 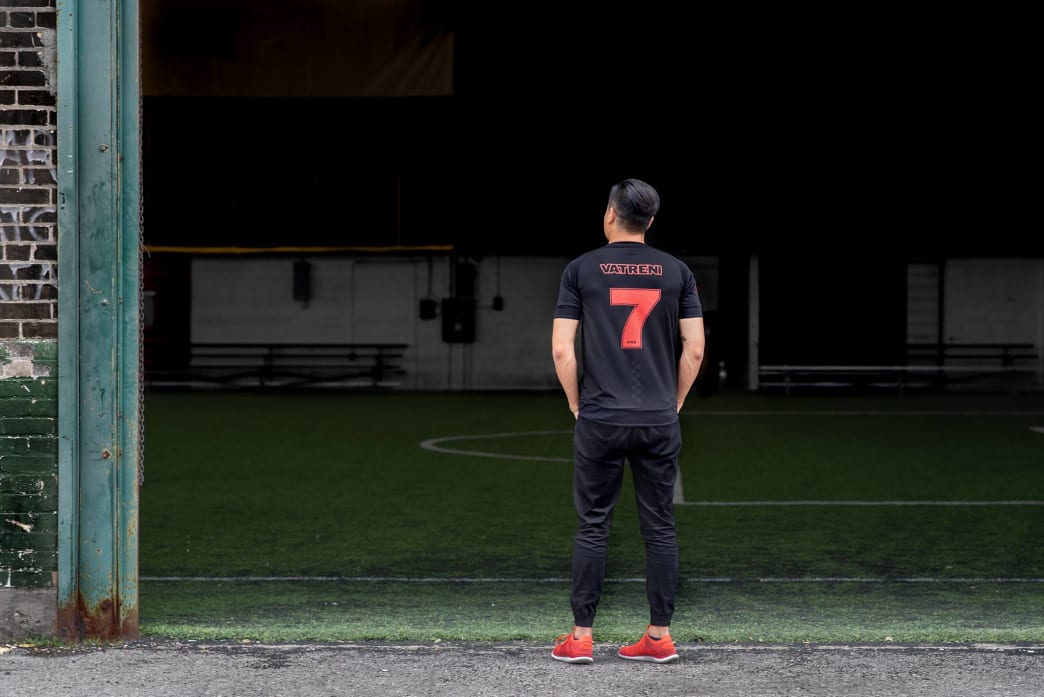 Why Compression Clothing Isn’t Just for the Pros

Why Compression Clothing Isn’t Just for the Pros