Kilian Jornet’s name is one of the first you’ll hear when you enter the trail running world. Born in Spain near Barcelona and raised in the Pyrenees, Jornet is inarguably one of the world’s greatest mountain running athletes, and his list of accomplishments is miles long (though not quite as lengthy as the races he regularly runs, which are often in the 100-mile range). He’s won the Ultra-Trail du Mont-Blanc, the North Face 100 in Australia, the Hardrock Hundred, Alaska’s Mount Marathon, and countless others.

He’s also a talented ski mountaineer, though the word “mountaineer” implies a slow, heavy pace, whereas Jornet’s speed could better be described as blistering. He’s completed record-breaking speed ascents and subsequent ski descents of Denali and Aconcagua, plus mind-bogglingly fast climbs of big-name peaks like Mount Everest, Kilimanjaro, the Matterhorn, and Mount Elbrus. He broke the record for completing the Bob Graham Round in the Lake District of England, toppling the 36-year-old record by more than an hour. He finished the 66-mile loop, which features 43 peaks and 27,000 feet of climbing, in 12 hours and 52 minutes. (Watch the video highlights of the beautiful run here.)

He was named the 2014 and 2018 National Geographic Adventurer of the Year, and he’s the author of the book Run or Die (published in 2013, now available in paperback) that conveys his passion for the mountain environments where he made his name. The book, which was shortlisted for the William Hill Sports Book of the Year award, recounts Jornet’s competitions and details some of his most unbelievable mountain accomplishments—it’s a must-read for any aspiring mountain athlete.

Thanks Billy, I had better conditions than you, the best pacers and your inspiration to give everything! And even like that it was sooo sooo hard!!! Thanks to Carl, Chris, Rhys, Martin, Josh, Jebby, Steve, Paul, Andrew, Neil, Paul and all the guys who has been helping out, without you guys it wouldn’t been possible ! Big big thanks to Martin for making it real and such an organization last minute, thanks Shane, Thanks Jordi and thanks all the people cheering on the route. This Bob Graham Round was an amazing experience! 📸 @racingsnakes and @mrtimharper

In Jornet’s second book, Summits of My Life (2017), he breaks down some of his fastest known times (FKTs) and provides a wealth of information on his training and the mind-blowing journeys themselves. It’s another essential addition to the mountain runner’s personal library.

So what does it take to be one of the world’s most prolific speed athletes? Jornet has a few favorites that help make it possible to channel his talent and training into record-breaking runs and climbs.

Jornet favors the Salomon S/Lab Sense Tee, made with 37.5 Technology and designed to help keep your core temperature at an optimal 37.5 degrees Celsius, even when conditions are especially hot or cold. This cutting-edge technology incorporates volcanic sand to create more surface area at a molecular level, which means the body’s microclimate stays at the right temperature and humidity for optimum performance. (Record-breaking runs like Jornet’s not guaranteed, of course.) He also regularly wears the S/Lab Short and Hybrid Pant.

In true pro-athlete style, Jornet’s go-to footwear is a shoe he designed himself. The Salomon Z-Series Collection is Jornet’s own brainchild, and it’s available for any mountain athlete to purchase in the very configuration he uses. The Z42 SG-6-Mid provides ankle support and has super-aggressive tread, so it’s great for running in mountain environments where conditions can be muddy, wet, slippery, and generally unpredictable.

It takes a lot of water to hydrate for the kinds of projects Jornet takes on. Of course, it’s crucial to strike a delicate balance between carrying enough hydration and not carrying so much weight that you’re slowed down by what’s on your back, which is why Jornet uses the S/Lab Sense Ultra 8 Set, which also incorporates the thermoregulating 37.5 Technology. Its minimalist design makes this hydration “pack” incredibly efficient to carry what you need (and discourages wearers from carrying anything they don’t need).

Back training in Romsdal. The autumn is giving its best!

Like many serious mountain athletes, Jornet isn’t crazy about eating weird food; he’s said before that too many gels tend to give him an upset stomach. In fact, he tends to eat the kinds of foods many runners joke that they run in order to eat, like pasta and gnocchi. He also favors “cookies soaked in tea” during a race, according to Outside. Sure, he has to eat some gels and “energy cakes,” since it’s difficult in that setting to take in as many calories as one needs to keep energy up. For the most part, though, he sticks to real food, including ham, goat cheese, omelets, and, of course, plenty of Nutella.

Not long after an operation on his shoulder, Jornet was back at it again in February 2018. Then, after a serious injury in the spring of 2018—Jornet fractured his fibula in the Pierra Menta, a ski mountaineering race in the French Alps—Jornet took his recovery seriously. Just three months later, his positive mental state and prudent approach to recovery meant he was back on the trail, and he managed to win both the Mont Blanc Marathon and the Comapedrosa Skyrace in July, the latter in record-breaking time.

At just 30 years old, he’s put his body through more than many humans will throughout their lives, but ultrarunning means there’s a high risk of injury. Jornet takes it in stride. “It’s a balance between going fast to recover, and doing well and taking the time,” he says philosophically in a video he uploaded to YouTube in June 2018.

Looking for more inspiration from Jornet? Head to his website, where you can read his blog and see more details on his preferred gear.

Written by Emma Walker for RootsRated Media in partnership with 37.5. 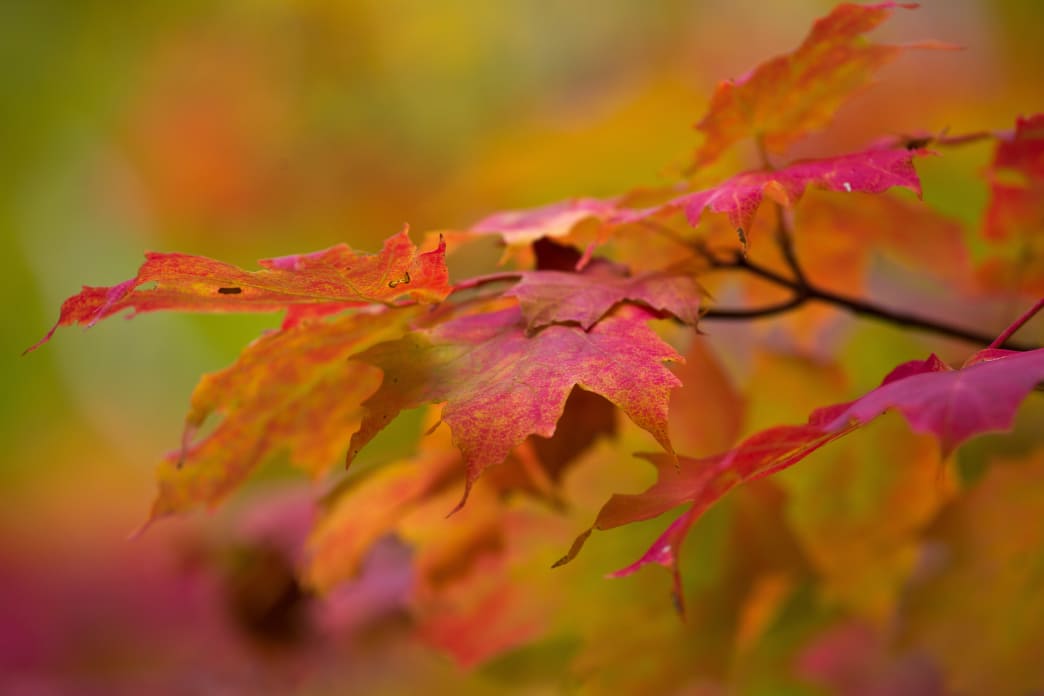 The Rockies vs. the Northeast: Who has the Best Fall Colors (and Where to Find Them)?

The Rockies vs. the Northeast: Who has the Best Fall Colors (and Where to Find Them)?