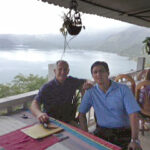 Lunch with IT Joo, owner of the CS Group.

I’m sitting by the pool here at the Princess Hilton in the high-rent district of San Salvador. My meetings with CS America and Pettenati got shoved back a day because they had more important things to do. I’ll find out tomorrow whether any of that is significant. In the meantime, it is nice to have a work day where I can think and get things done with a minimum of distractions. I am alone at the pool, so there aren’t even any beautiful women to divert my attention.

Turns out that El Salvador is the murder capital of the world. It alternates with its next-door neighbor, Honduras, for that distinction every other year. El Salvador has a murder rate nine times higher than the murder rate in Pakistan, where I recently refused to send any of our employees, and about twenty times higher than the US.  The number of people that get murdered here every year is less than one-tenth of one percent so I’m not feeling any angst over my safety, but I did encounter four armed guards with shotguns and automatic weapons during a one-block walk to the supermarket from my hotel.

Given that this hotel is in one of the nicest parts of town and my Salvadorian shuttle driver last night told me not to walk alone anywhere in town as everywhere is dangerous, I am paying more attention than usual to my surroundings. According to a recent travel warning issued by the US and British State Departments, “crime and violence levels in El Salvador remain critically high.” Seems like this is true for everyone including locals; the criminal element isn’t singling out Americans or even foreigners. The country is also prone to natural disasters from volcanic eruptions, earthquakes and hurricanes. Great place to do business!

The reason for my trip to the supermarket was to replace all of the items that were stolen out of my suitcase yesterday after United Airlines forced me to check my small carryon bag in Denver. Somewhere in Denver, Dallas, Houston or San Salvador an employee of dear old United decided that they couldn’t live without my DOP kit and a pair of swimming goggles. Go figure!

As most of you know, there is a huge difference between flying Platinum status on Delta (a generally acceptable airline), to boarding last on United (one of the worst airlines). The best part was the flight from Houston to San Salvador on United’s partner, Taca Airlines. I didn’t see anyone bringing chickens on to the flight, but I can’t be sure there weren’t any.

Like most Central and South American countries, El Salvador is characterized by a small, rich class comprised of a handful of families, and a massive poor class struggling to make ends meet. There is a very small middle class: the hallmark of a stable society. The official currency in the country is the US dollar, but people are paid in colones, the local currency. All goods are purchased in dollars and the prices are much higher than we pay at home. Predictably, this just exacerbates the disparity between rich and poor.

Despite that, everyone I meet walking down the street looked me in the eye, smiled and said “Buenos dias.” Try coming by that in Boulder where most people are too cool to acknowledge your existence. This dichotomy is common in poor countries and something I have encountered in all of my travels to Africa. The poorer the people, the less pretentious and friendlier they become. I am most happy to try out my extremely rusty Spanish, and the locals immediately respond by helping out in English when I get stuck.

On the other hand, in Boulder I’m not subjected to children following me down the street begging for money. There the panhandling usually takes the form of 20 – 50 year old men wearing clean clothes with clever signs who stake out the same street corners every day to protect them from encroachment by fellow scam artists. Guess they just start them younger here in El Salvador, where gang violence and extortion is a way of life.

Dinner last night at the Italian restaurant was superb. IT Joo, my business connection and owner of the CS Group, was most gracious and interesting. How many of us are fluent in Korean, Japanese, English and Spanish? Let me think, that would be…none. Other than IT, of course, and his wife who adds French to the list. The primary purpose of this trip is to meet with him regarding the supply of Cocona yarn with 37.5 technology.

IT gently chides me about strolling the streets of San Salvador or anywhere else in this country when he learned about my forays around town the day before. As we drive to his factory I realize that whoever owns the concertina wire distributorship in this country is making a killing. Virtually every building we pass looks like a mini-fortress: high walls topped by this military grade barbed wire with locked gates and armed guards. I learn from IT that security guards account for 30 of his 250 employees. Despite the urging of his local friends, he has chosen not to upgrade his SUV with bulletproof windows and doors, but only goes to places he knows.

I pretty much see what I expect when I get to his factory and tour the facility. It is nothing like the futuristic automation of the Unifi plant in North Carolina where robots move materials and just a handful of people control a million square feet of manufacturing space. You could eat off the floor in that facility. The CS factory takes advantage of cheap labor to do the same thing. Given that it is Korean owned and operated, I encounter a predictably competent staff that is unfailingly polite but can’t speak a lick of English. Time will tell which of these competitors with very different approaches earns the bulk of our business. It will come down to quality, price, capability and service.

The Pettenati plant is first class. I have never seen a cleaner dye house, and I have been in a lot of textile mills. The whole facility is extremely modern, spotless and well run. It is easy to see why their products are considered the best available. Francesco, the General Manager, was fed up with Cocona and had decided prior to my visit not to do any more business with us. I was allocated 15 minutes for our meeting when I encountered him at dinner the night before. After hearing about the changes to our business model and general approach to suppliers and customers, he flipped one hundred and eighty degrees and ended up giving me the plant tour himself. More importantly, I could sense he was a kindred spirit, much like IT from CS Group (the two of them are close friends). Francesco immediately embraced our new royalty model. What was most interesting about that is I had been hearing for several months from staff that there was no way Pettenati would embrace the new royalty model. This thankfully proved not to be the case.

All in all it was a very productive trip. Despite all the endemic violence this country is struggling to get under control, the Salvadoran people are hardworking and the factories are very modern. Heading back into Houston I look out across the very long queue waiting to enter the States. It struck me that I was looking at the United Nations. Everyone in the line was American, but there had to be at least 50 nationalities represented. The largest population of Koreans outside of Korea resides in the US. Same for the Salvadorans, and Mexicans, and Irish and … you name it. There is no other country or culture that comes even close to the diversity found in the United States, and that fact was staring me right in the face here at US Customs in Houston.

Turns out all of the Customs agents are furloughed; thinking they are going to get paid when Congress pulls its head out of its collective ass, but not sure. Guess it is poetic justice to be here in Texas where all the nonsense started after Ted Cruz, a freshman congressman no less, decided to blackmail the government over his personal agenda item. I am neither an Obama fan nor a Democrat, but Boehner’s lack of courage in the face of this Republican fiasco sickens me. The whole event is a sign of the apocalypse as far as I am concerned. Both parties have lost sight of their responsibility to the American people by putting politics and their parochial interests in front of what’s good for the country. I like Isaac Asimov’s suggestion that anyone who wants to be a politician shouldn’t be allowed to become one; they should just drag the qualified kicking and screaming into office and make them serve. Much like the draft back in the day. Thank god I’m just a businessman. 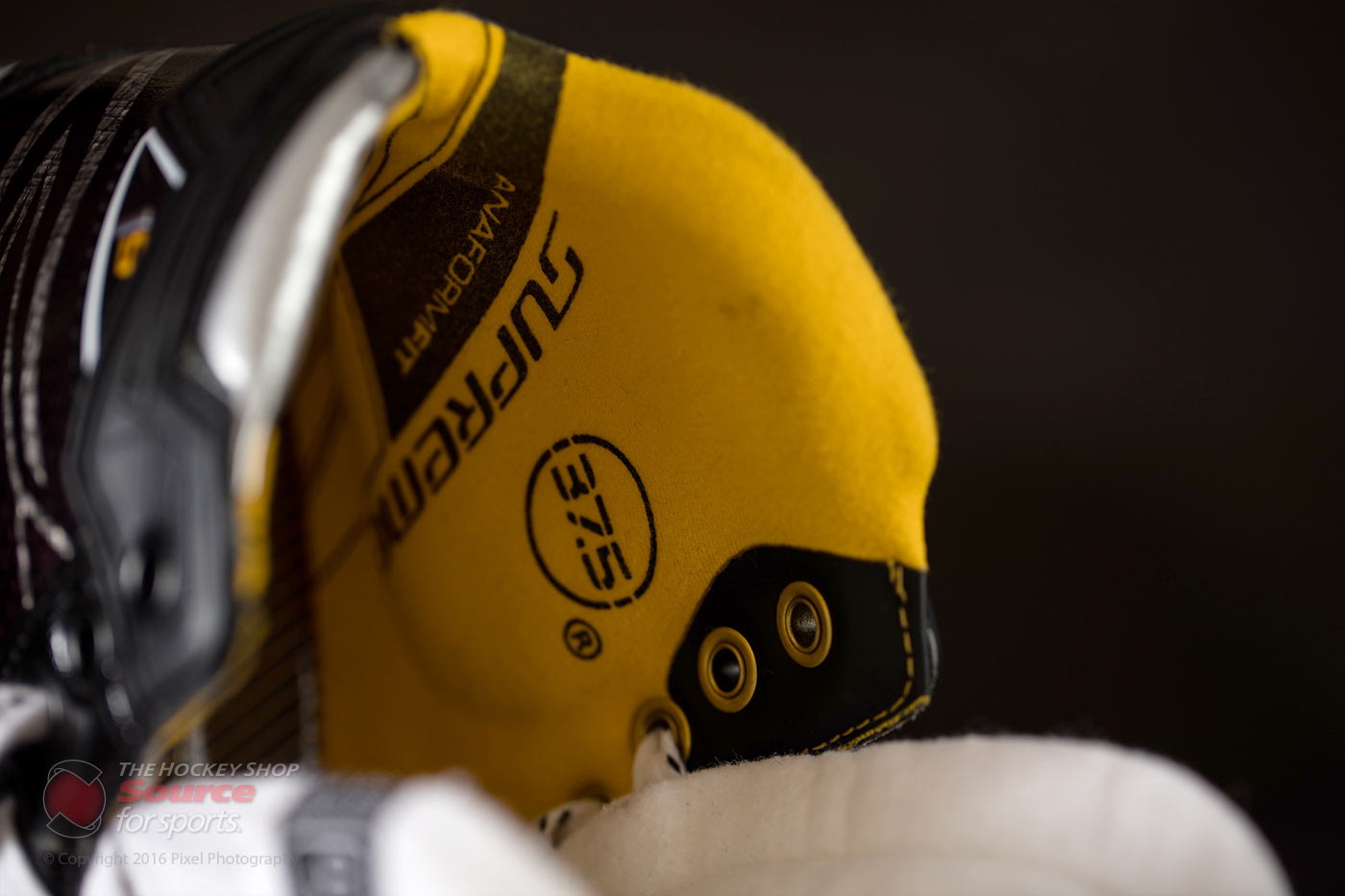