While America’s national parks deservedly draw attention, the country’s most iconic protected areas can also be flooded with visitors. State parks, on the other hand, are often overlooked. But these natural assets protect some of the country’s most spectacular features, from the biodiversity-rich waters of the Florida Keys to the rainforests of the Pacific Northwest, and are filled with recreational opportunities. With alluring options in all 50 states, state parks may not get the attention of the national parks, but you can plan just as exciting a trip. Here are some of the best options to consider for your next outdoor adventure.

Wild ponies roam the mountain meadows of Southwest Virginia’s Grayson Highlands State Park, but the park’s equine inhabitants are just one of the reasons to visit. Spread over a panoramic expanse of the Appalachian high country, the park offers more than a dozen trails (including the park’s segment of the 2,150-mile Appalachian Trail), plus 10 miles of fishable trout streams, and more than 1,000 bouldering problems. The protected area is also a gateway to the trail-laced Mount Rogers National Recreation Area, a 200,000-acre swath of the Jefferson National Forest topped by the loftiest peak in Virginia, 5,729-foot Mount Rogers.

Ecola State Park’s shoreline is one of the most famously photogenic stretches of Oregon’s coast—and the postcard-perfect panorama is just one of the protected area’s natural assets. Spreading over historic Tillamook Head, the park features 9 miles of coastline. Creatures like Roosevelt elk and bald eagles are encountered along the park’s trail network, which includes portions of the 362-mile Oregon Coast Trail and the Lewis and Clark National Historic Trail. Offshore, the iconic sea stacks (vertical columns of rock) are part of the Oregon Islands National Wildlife Refuge, and the massive monoliths are frequented by seabirds, harbor seals, and Steller sea lions. During the winter and spring, migrating gray whales can also be spotted from the park’s beaches and overlooks.

California’s Pfeiffer Big Sur State Park offers a rugged wilderness defined by the Santa Lucia Mountains and the Big Sur River Gorge. The park is named for the region’s first European settlers, who arrived in 1868 after the end of the Mexican-American War. During the 1930s, the Civilian Conservation Corps built many of the facilities, including the Big Sur Lodge, which still stands near the park’s entrance. For hikers, riverine trails meander beneath towering redwoods, showcasing backcountry cascades like 60-foot Pfeiffer Falls. Campers can take their pick of the campsites spread along the Big Sur River.

Defined by the 10,000-square-mile Adirondack Mountain range, New York’s Adirondack Park is the largest protected area in the continental United States. Spreading over 6 million acres, the park is rippled with 46 different peaks more than 4,000 feet in elevation, including the 5,344-foot Mount Marcy, the highest in the state. Beyond the sea of cloud-piercing mountains, the park also offers plenty of water for paddlers and anglers, including more than 3,000 lakes and ponds, and 30,000 miles of rivers and streams. There’s plenty of wildlife, too. The hodgepodge of woodlands, wetlands, and waterways harbors creatures like black bears, beavers, and common loons, and in recent decades, moose have also returned to the park.

Florida’s John Pennekamp Coral Reef State Park has the distinction of being the first underwater park in the country, and it protects a segment of the only living coral reef in the continental United States. Located just south of Key Largo, the park encompasses 70 nautical square miles, and visitors can admire the underwater life on glass-bottom boat tours, snorkeling trips, and scuba courses. Underwater highlights include the remnants of a shipwreck from 1715 and the 4,000-pound Christ of the Deep statue. Diverse fish species like damselfish, parrotfish, and wrasses make the reef home. For paddlers, approximately 17 miles of paddling trails meander through the park’s mangroves, and both kayaks and stand-up paddleboards are available to rent. For an extended adventure, the park also offers both tent and RV campsites.

A landscape shaped by the sun, wind, and rain for more than 150 million years, Nevada’s Valley of Fire State Park is a geological wonder. Located just 50 miles from Las Vegas, the 40,000-acre state park offers an almost Martian landscape of clay-hued sandstone outcrops framed by rugged limestone mountains. Creatures like roadrunners, coyotes, and exceedingly rare desert tortoises roam the protected area, while petrified trees and a variety of cactus species punctuate the landscape. Every spring, desert marigold, indigo bush, and desert mallow bloom with a photogenic flourish. During the 1920s, the area’s archaeological heritage was discovered, and in 1934, Valley of Fire became Nevada’s first state park. You can see ancient petroglyphs that were carved nearly 2,500 years ago on some of the park’s natural features, including Mouse’s Tank and Atlatl Rock.

Baxter State Park is crowned by 5,267 -foot Mount Katahdin, the tallest peak in Maine and the northern terminus of the Appalachian Trail. Maine governor Percival Baxter purchased the land for the state park in 1930, and in 1931 he donated the acreage to the state, on the condition it remain “forever wild.” Today the park still offers 209,644-acres of wilderness, rippled with 47 peaks, and threaded with 215 miles of trails. For car-campers, the park features eight vehicle-accessible campgrounds, along with a number of backcountry campsites, cabins, bunkhouses, and lean-tos. For campers, canoes and kayak rentals are available at waterside campgrounds.

Home to the chain of peaks affectionately dubbed the “Porkies,” Michigan’s Porcupine Mountains Wilderness State Park offers 60,000 rugged acres spread along the shores of Lake Superior. The biggest state park in Michigan, the protected area is the home to a 35,000-acre old-growth forest, the largest still remaining between the Rockies and New York’s Adirondack Park. Beyond natural wonders like the Lake of Clouds and the Presque Isle River Corridor, the park also offers a buffet of recreational opportunities, including 90 miles of hiking trails, a seasonal ski area, rustic campsites, and a handful of yurts available for rental.

Whether you’re tackling a summit climb, gliding along a snow-glazed cross-country ski trail, or launching an early morning paddling trip, clothing using 37.5 Technology can help control your core temperature on any adventure, and in any weather. The performance-enhancing technology is found in a range of products, catering to all kinds of explorers. Run mountain trails in the Raw Athlete Jacket from Daehlie, trek wind-pummeled slopes in the Kamleika Smock from OMM, or explore woodland tracks in quick-drying socks from Point6. No matter the environment, the technology helps keep your body at a temperature of 37.5 degrees Celsius with a comfortable relative humidity of 37.5 percent. 37.5 Technology will help you stay comfortable as you explore some of the countries most amazing parks. 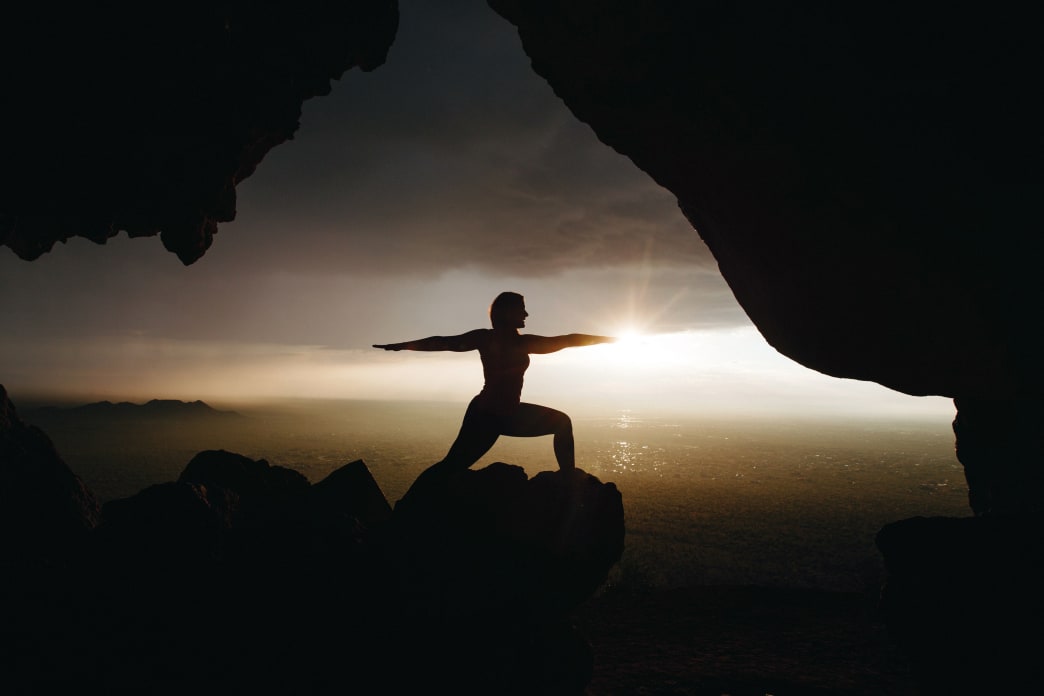 A Beginners Guide to Yoga

A Beginners Guide to Yoga